A Family Business With A Long History In The Kebab Industry

Istanbul Meats have become one of the countries premier doner kebab meat manufacturers.

Founded by husband and wife Ali & Nuran Adiguzel. Prior to incorporating the company in 1994, Ali & Nuran (who still run the company today) ran a successful kebab shop in Stanley, County Durham.

Early in the their time as kebab shop owners, the couple realised that their customers wanted their kebabs to be the same quality and consistency every time they called in for their favorite takeaway. They quickly understood that the only way to guarantee this consistent quality, was to manufacture their own kebab meat, so Ali set about blending his own recipe, using traditional spice mixes and locally sourced quality meats.

The resulting Kebab meat was so popular that other kebab shop owners approached Ali to ask if he would sell them the meat for their own shops. Within a year of that first kebab, the shop had been transformed into a production and freezing facility, two years later the business relocated to a large industrial unit on Team Valley Trading Estate in Gateshead.
Still a family business, today the company is one of the countries premier Doner Kebab Manufacturers, operating from multiple state of the art facilities in the North East of England, it sells huge quantities of stock, to a combination of commercial food distributors and wholesalers, both nationally and internationally.

Having grown organically through recommendation and word of mouth, the companies success is a testament to Ali and Nurans commitment to using only the finest quality ingredients, rigorous quality control measures and an emphasis on customer satisfaction.

Are you a wholesaler? Order your FREE SAMPLES today. 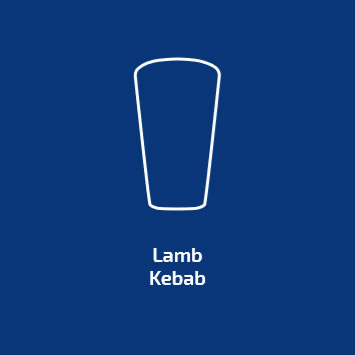 What Our Customers Say About Us

Istanbul Meats are a real pleasure to work with. They have an excellent team who always go the extra mile to ensure that I get the products I need, when I need them. My clients are always impressed by the continuity of their products, as am I.

I have ordered my kebab meat from Istanbul Meats for almost 30 years now and have always received a high quality product. They were recommended to me by a family member who knew Ali when he owned his own shop. I wouldn't hesitate to recommend them to anyone, as long as they're not based within 5 miles of my shop!

Catering for a very specific, but large market, I needed a kebab meat product that was manufactured to my own tried and tested recipe. Istanbul meats are the only kebab meat manufacturer that I would use for my products, they really care about what they do and consistently deliver exactly what I need.

The COVID-19 landscape continues to change at a rapid rate, as does the impact that the virus is having on individuals and businesses in the UK. In these uncertain times we feel that it is our duty as a food manufacturer to continue to produce kebabs for our customers...

We can't believe that has been 30 years since we started Istanbul Meats. Take a trip down memory lane and learn how we have we become one of the nations top done kebab manufacturers.... IM 30th Timeline for web

CHICKEN SHAWARMA KEBAB Hand made with 70% thigh and 30% breast meat, you really can't beat the quality and taste of our new mediterranean chicken shawarma kebab.......you're customers will love it! To order samples, either call us on +44 191 492 3909 or email...

This website uses cookies to improve your experience while you navigate through the website. Out of these, the cookies that are categorized as necessary are stored on your browser as they are essential for the working of basic functionalities of the website. We also use third-party cookies that help us analyze and understand how you use this website. These cookies will be stored in your browser only with your consent. You also have the option to opt-out of these cookies. But opting out of some of these cookies may affect your browsing experience.
Necessary Always Enabled

Any cookies that may not be particularly necessary for the website to function and is used specifically to collect user personal data via analytics, ads, other embedded contents are termed as non-necessary cookies. It is mandatory to procure user consent prior to running these cookies on your website.